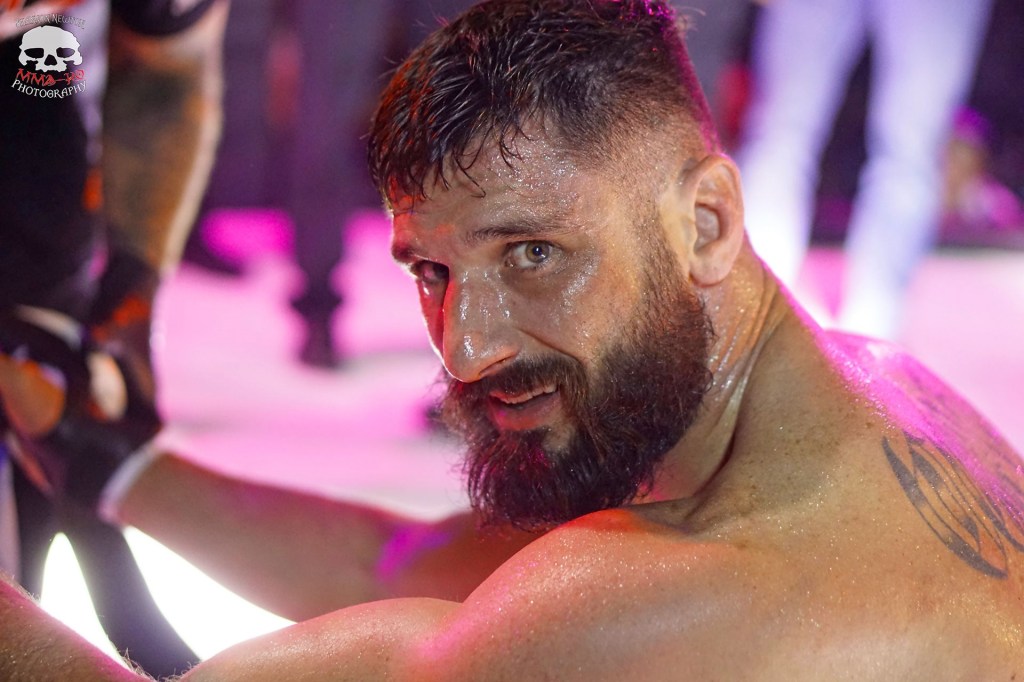 Santa Cruz’s Daniel Compton defeated Hawaii’s Alfonso Pitolo at Tuff-N-Uff 130 at the Circa Galaxy Ballroom in Las Vegas on Saturday.

After defeating Compton by submission in the third round, he left the octagon to confront Pitoli’s fans sitting in the cage. Pandemonium ensued, and the public address announcer asked the crowd to leave the premises immediately.

Mmanews.com reported that it was unclear if penalties were issued for the brawl after the fight.

Compton (7-2-0) has won four straight fights and is ranked No. 7 in the California Tapology Pro Men’s Middleweight rankings. He ranks 20th in the West Pro and 77th in the US

Alfonso Pitolo (15-10), who competes in Hawaii, previously competed in the UFC and Warrior MMA.

The race began and ended on Delaware Street, by the back entrance to Natural Bridge.

Patena was the fastest woman, seventh overall in 38:57. Santa Cruz’s Mackenzie Deeter (39:37) and Simone Ange Winkler (41:16) rounded out the top three for the women.

Avri Finch had 13 points and 15 rebounds for UCSC, and Treyson Keating scored 10 points.

Pavlos Stavrinides and Chase Pagon each scored 14 points to lead the Beavers (1-4).

Coaches are encouraged to report scores and highlights to [email protected] following games. Please include your name and contact number in the email.